The store will not work correctly in the case when cookies are disabled.
FREE GROUND SHIPPING ON ALL U.S. ORDERS
Expedited shipping options available
Toggle Nav

The countries that produce commercial quantities of cashmere are China with 70% of the world’s output, Outer Mongolia at 15-20%, Iran and Afghanistan at a combined 10-15%. There are some small weights of cashmere produced in the Central Asian Countries of Kyrgyzstan, Tajikistan and Kazakhstan, in Turkey, India, Australia, New Zealand and Pakistan, but these quantities are small in comparison to the 3 primary producers listed above. The annual world output is estimated at app. 7,000 tons of raw cashmere. If you are familiar with wool or cotton production worldwide and the relatively high figures associated with each, you can start to understand why cashmere is so much more expensive than those natural fibers.

Cashmere comes from a goat. The combination of dietary and geographic conditions of the Central and East Asian steppe, mountain plateaus and deserts have evolved the goats that dwell there into the most productive cashmere fiber growers in the world.

Raw (greasy) cashmere is a mixture of fine underdown (which after processing becomes commercial grade cashmere) and coarse outer guard hairs, along with dirt, sand, animal grease, vegetable matter and other impurities. The greasy cashmere can either be shorn or combed from the goats. The greasy fiber is bought in the countryside by processors and traders, from where it is shipped to dehairing (processing) mills. Once the stock arrives at a processing mill it is generally sorted with a number of goals in mind. The first is to sort out low-grade cashmere and any synthetic contamination that is found. The stock is then baled and stored. The second sorting comes when we are ready to break down the fiber into colors - White, Lt. Grey, Cream and Brown. During this second sorting we will again look for any lower grade fiber or synthetic contamination that got through the first sorting.

After sorting, the greasy fiber is scoured (washed) to remove the dirt, grease and other impurities. After scouring, the washed cashmere is ready for dehairing. The dehairing machines remove the coarse guard hair from the soft underdown as the co-mingled mass of fiber passes through a series of dehairing heads on the machine. The design of the machine allows for the underdown to remain in and pass through the machine while the coarse hair is removed. Once the scoured cashmere is passed through the dehairing machinery the residual coarse hair content is brought down to standard 0.5% for weaving grade fiber, and 0.2% or lower for knitting grade fiber. Actually, the residual coarse hair content can be as high as 3% and still be called commercial cashmere. However, at 3% the end uses of the fiber are limited. The ultimate goal of any dehairer is to economically remove most of the coarse hair and impurities while not damaging the length of the underdown.

The value of dehaired cashmere is influenced by several key factors: fineness (measured in microns), length (measured in mm), and color. China produces the finest and best white cashmere in the world. Consequently Chinese cashmere commands the highest price in the market place. Mongolian cashmere, while not heavily concentrated on pure white animals, is the next most desirable as it is only slightly coarser than Chinese and has superior length. Iranian and Afghan cashmere are normally the lowest price material on the market as they are coarser, darker and shorter in length than the other two types.

Once the fiber is dehaired it is ready to be shipped to spinners, weavers and knitters around the world. For many years the 4 traditional, primary markets for cashmere production had been the USA, Europe (UK and Italy), Japan and China itself. The finished products were consumed mostly in the first three markets mentioned, with China consuming smaller amounts of its own finished goods production. The production of finished products, both in knits and wovens, has dramatically shifted to China in the last decade. The consumption of cashmere finished product by the Chinese population has also increased dramatically in the past decade.

The dehaired fiber is converted into yarn on the woolen or cotton yarn making systems. If the cashmere is to be converted into worsted yarn it must first pass through one additional processing step known as combing. Combing cashmere is carried out to remove the short fibers, while retaining the longest fibers and allowing them to be put into parallel form. The longer parallel fiber is then known as a top. The removed short fiber is called a noil. The cashmere top can then be spun into worsted yarn. The yarns are then knitted into garments or woven into cloth.

What does "PLY" Mean?

Ply refers to the number of strands twisted together to make a particular yarn. 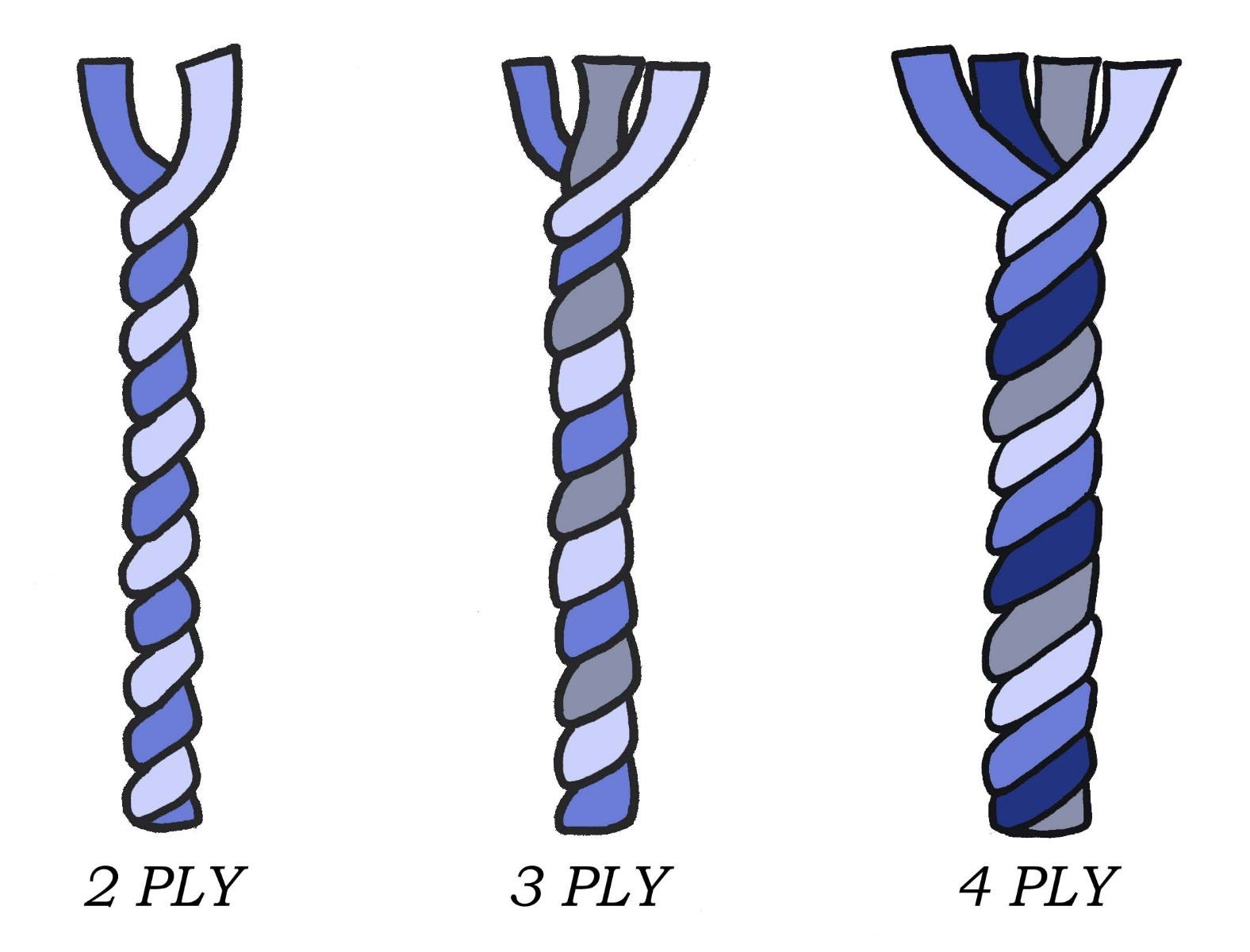 Our 100% Cashmere garments are generally made with 2 ply 26’s metric size yarn. In simple terms, if we put 2 individual strands of 2 ply 26’s yarn side by side and knitted them together, we would now be using a 4 ply 26’s yarn and the resultant garment would weigh twice as much.

What does GAUGE (gg) Mean? 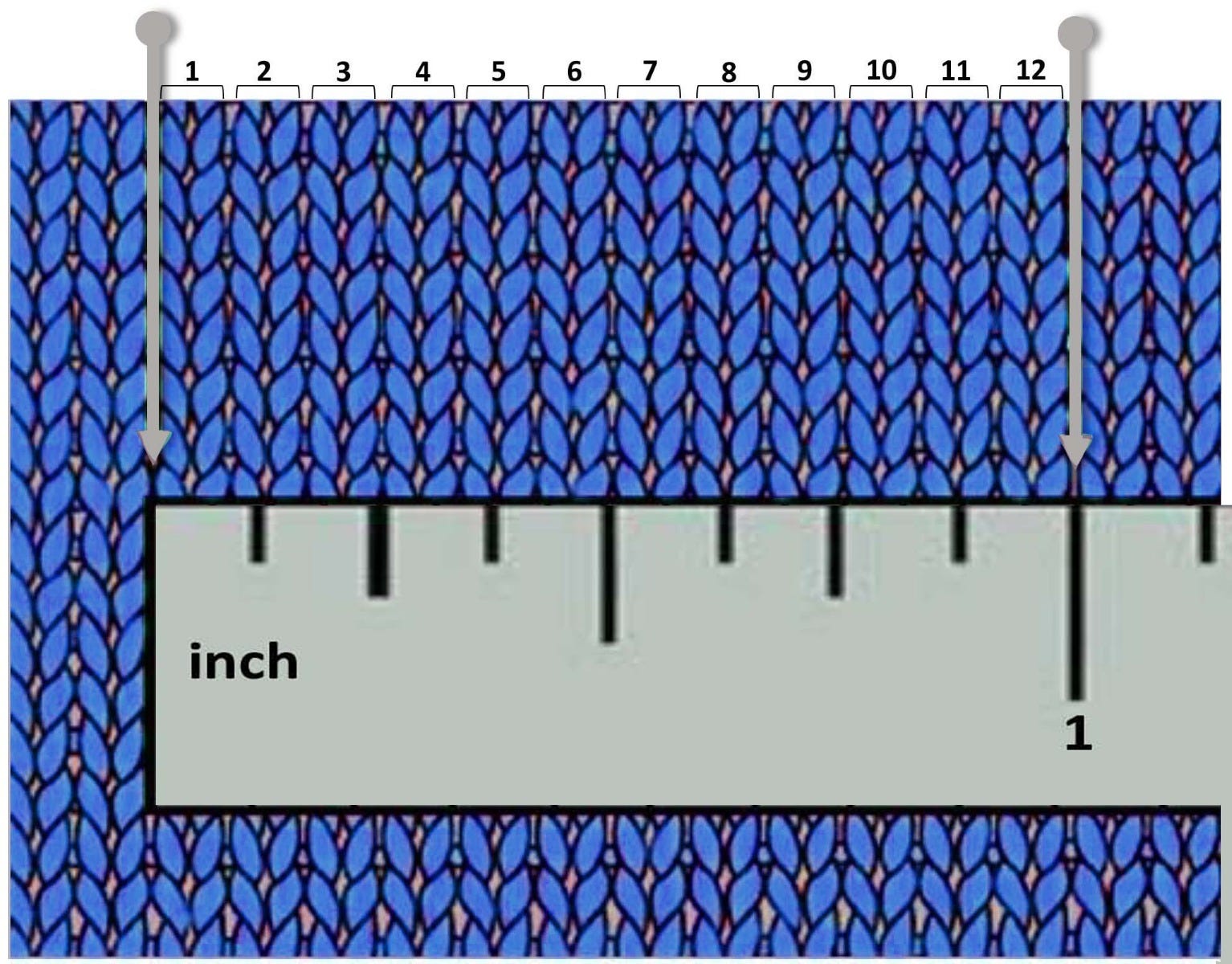 To understand gauge, we knit on a number of different gauge machines depending on the look we want. If we knit our 2 ply 26’s yarn on 12 gauge, there would be 12 stitches or rows of yarn in one inch of knitted fabric so the fabric would be relatively dense(see image below). If we take the same yarn and knit it on 5 gauge machines there would only be 5 stitches or rows per inch so the fabric or garment would have a more open or mesh like look. It of course would be light weight too.